So this happened last Friday.

My husband picked up 150 copies of his new cd, a twenty-song collection of Bob Dylan covers. Dylan is his idol and the passionate interpretations on this album (with help from his daughter Nicola on vocals and harp player Chard Chenier) do the legendary balladeer justice. At least I think so. One may accuse me of bias; after all, some of these tunes were used to woo me when we first met.

On Saturday, my son’s dad picked him up midday, lingering a while to adjust Sean’s bicycle seat and pump air into the tires. On an impulse, I asked my husband if I could buy my ex a cd. He agreed and I sent my son out with a copy to give to his dad. A few minutes later it was blasting from the car stereo as he and his dad shot some hoops together and Ian and I listened from inside the house. It was one of those happy “all is well in the universe” moments.

The next day, we were walking the dogs when a neighbour called us over. Apparently he’d enjoyed the music playing from our driveway Saturday, walked over to ask my ex about it, and was eager to buy a copy for himself.

Monday, my son returned from his long week-end away. As he plonked his knapsack and school bag on the dining room table, I popped my head around the corner of the kitchen doorway to say good-bye to his dad. Standing next to him was his girlfriend, Barbara. “I love Bob Dylan and I loved Ian’s cd. Could I have two copies, please? One for me and one for my girlfriend who loves Bob Dylan too.”

And just like that, one gifted cd resulted in three more being sold.

Honestly, I struggled to write this entry tonight. The news on the net has been pretty grim lately, to the point where I feel myself sinking into the bleakness of it all. It’s not so much the horror of death and destruction that gets to me but rather the feeling of powerlessness that accompanies it, my inability to ease the pain not only on a global level but also at a local level as a public health care worker.

I guess what I’m trying to say is that these small moments of connection, of perfect alignment, of peace, are a reminder that there is a way through. To quote the Buddhist monk, Thich Nhat Hanh, “If we are peaceful, if we are happy, we can smile, and everyone in our family, our entire society, will benefit from our peace.”

And if that doesn’t work for you, here’s a quote from the man himself:

“Sometimes you just have to bite your upper lip and put sunglasses on.”
― Bob Dylan, Chronicles, Vol. 1 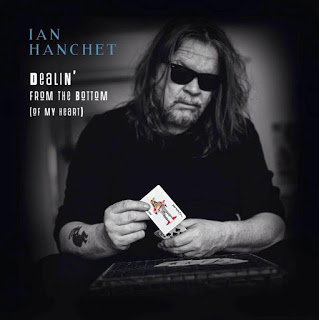 6 thoughts on “Dealin’ From The Bottom”